So if this truly was a survival of the fittest scenario like our distant ancestors dealt with, like life with no Advil, doctors and Starbucks to get us through the day, I'm pretty sure I would have died by now. If not by some giant man eating saber toothed tiger or man eating giant pre-historic grizzly bear, than by some other mundane reason like not surviving the frigid winters or death by childbirth.

But if there is one thing that makes me more able to survive some sort of Apocalypse or world wide disaster that reverts mankind back to stone age technologies it is crossfit. For example,
the workout for the day was called Roy and consists of:

So, while I'm exhausted I'm coming much closer to being able to run from large, mean, man eating creatures or survive some an atomic explosion due to superior fitness level (ahem. . that really is a load of sh*t, I'm almost always the last one done, and the last one to finish my runs).
Now onto the cool stuff, here's some pictures from Yellowstone!! 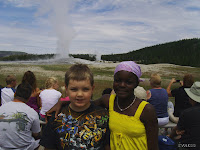 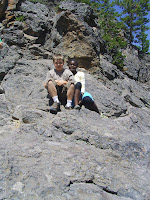 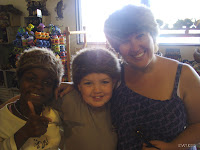 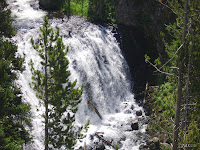 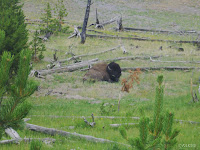